Last year in October I came across a documentary on Netflix called Minimalism by The Minimalists (Joshua Fields Millburn & Ryan Nicodemus).  They have a website as well so you can check them out here.  I also listen to their podcasts which are fab!  My husband and I both watched it and it was one of those light bulb moments.  For so many years I have been caught up in always wanting more and now looking back I think to myself, why the hell did I want more???  I got caught up in the whirlwind of social media, it is full of advertising and influencers whose job is to make us feel like we need everything they are promoting and they do a pretty good job because many of us fall into that trap.  Also you get a snapshot of people’s lives and what they have in their homes etc and you start to think that you need those things too when in fact you don’t.

So we began our journey of living a more minimalist lifestyle and keeping things simple.  First step was we needed to declutter our home, you know the saying, “Cluttered house, cluttered mind”.  You’re probably thinking there is no way you can declutter with kids, well we have so it can be done.  We tackled their rooms and either threw out a lot of junk that didn’t add any value and we donated a lot of stuff too.  As for the toys, we sorted through them all and they kept their really special ones and the ones they use on a daily basis, because at the end of the day they are still kids and it’s okay for them to have some toys to play with. We then donated the rest to kids that are less fortunate. 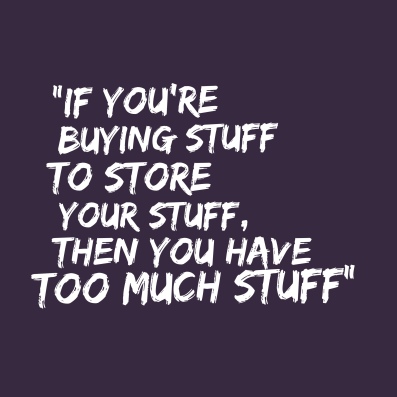 We went through every box that we had in storage, and reduced the number of boxes we have by only keeping things that we use like our camping gear, suitcases, etc.   I had a massive storage box that was filled with books for the last 10 or more years, just sitting there collecting dust.  Boxes and boxes of dvd and cd collections, toys, clothes, etc  For 5-6 weeks straight every weekend I was dropping off boot loads of stuff to the charity shops, and every time I looked at the stuff I was donating I was shocked at the amount of money I spent on things I didn’t really need.

Decluttering is not easy, it’s not a process that happens quickly and may take some time. The problem is people have a lot of things that are handed down to them or they collected over the years, however no item comes with sentimental value, its human nature that we attach feelings to everything, which in turn makes it very hard to then let go of things.  At the end of the day it is just stuff, and in actual fact it is the memory that’s attached to that item which is important.  So if we give away those items, we still have the memories and that’s what stays with us forever.

I do a room at a time or a cupboard at a time, and slowly the process begins.  I had a linen cupboard filled with about 50 towels, who the hell uses that many towels, NO ONE!!!!  I found 3 towels from when my 6-year-old was a baby and never used it since she was 1 but they just sat there in the cupboard taking up space.  I can now say that the linen cupboard is no longer cluttered! The kitchen is another place that things just get stored or thrown into cupboards that we never use.  But because kitchens are usually big, I do a cupboard at a time rather than the whole kitchen because I am certainly not insane to tackle that whole space in one go!

I then moved onto other aspects in my life that I could declutter like emails for one! Over the years I have signed up to so many different newsletters and all they did was clutter up my inbox!  I installed an app called Unroll.me which helped sort through my emails etc, and now I have unsubscribed from 236 mailing lists.  This is a good thing for the wallet too because I am no longer tempted by the numerous sales or specials.  Now with smartphones we have all sorts of apps that we can get on our phones, I went through these and deleted all those that I don’t use.  If you’re like me and are part of many chat groups, for example What’s app, Messenger etc then it may be time to review those.  I have removed myself from a few groups not because I don’t want to talk to people but my phone was just blowing up with messages non stop and all I hear is ding, ding, ding and half the time I barely read them! I would now rather message them directly or actually pick up the phone and speak to them.  Facebook – how many friends do you really need and how many of those friends do you actually engage with?  Do people just follow others these days to be nosy or what?  If they are genuine friends then by all means keep them if not you know what to do!

I even looked at my relationships with people, and found that it’s time for me to also let go of some friendships.  There are friends who over the years I have learnt to be fake and are only nice to me at face value, friends that only need me when they want me to do something for them, and also friends who we have just grown apart over the years.  I now have just a handful of friends that I know are my true friends, I don’t need hundreds of friends, because it just becomes too complicated.  Also I find having too many different groups of friends is hard work and there has been lots of research that show’s physically our brains can only cope with a certain number. 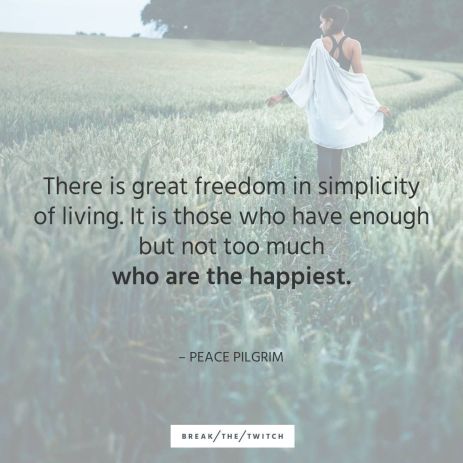 I can honestly talk forever about this topic I am so passionate about it, for me now I am going to focus more time on myself, reading more books (on my kindle or borrowing from the library),  going for walks etc  I am going to focus on showing my girls that living a simple life is the richest and happiest life you can live and that we don’t need all the mod cons and extravagant things that the world tells us we need.  We will give them more experiences over material things.  I will no longer spend money on buying stuff I don’t need or doesn’t fulfill a purpose or add value I have already wasted too much money on that.  I think that life is pretty simple we just over complicated it. 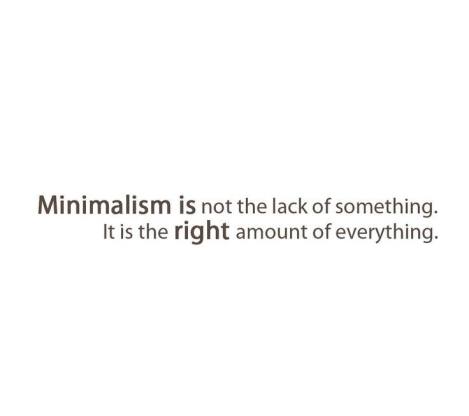 Not in a Nutshell

Not in a Nutshell